According to Astro Bob "... PANSTARRS's orbit is steeply inclined (84 degrees) ... 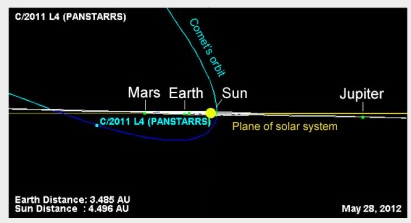 ... May 28, 2012 ... its below the plane of the solar system ... but after perihelion ... its orbit takes it quickly above the plane ... Comet PANSTARRS' orbit appears ... to be nearly parabolic. ... Most comets on parabolic orbits come from the far edge of the solar system and have their orbits reworked by giant planets Jupiter and Saturn into very long but closed ellipses with orbital periods of hundreds of thousands to millions of years ...".

According to waitingforison.wordpress.com "... Looking forward to the appearance of Comet ISON in Winter 2013 ... and Comet PANSTARRS in March 2013 ... The following charts are drawn for ... mid northern latitude ... in the UK ... 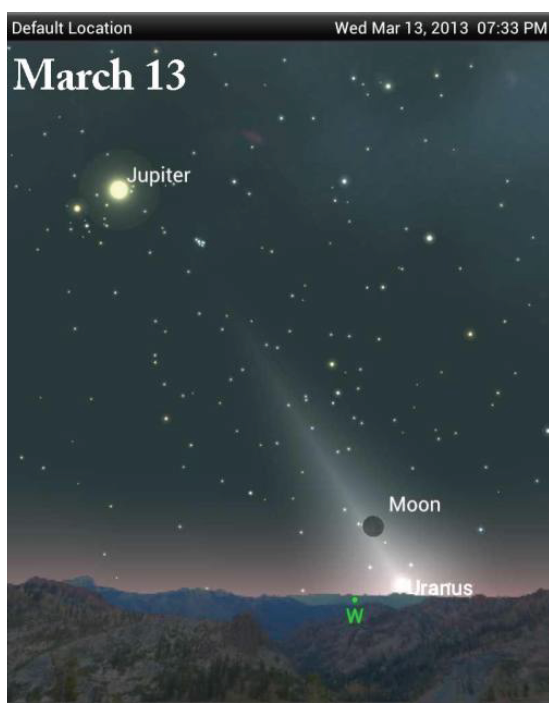 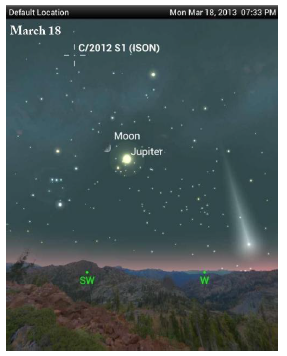 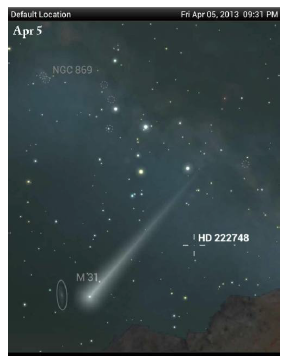 Now that March 2013 is here, it is clear that Comet PANSTARRS is much less impressive than Comet Hale Bopp

as seen from Earth as in this 13 March 2013 California image from Kronk Cometography in which the Comet is a faint dot far to the left of the Crescent Moon. However, an image from a NASA STEREO video during 9-12 March 2013 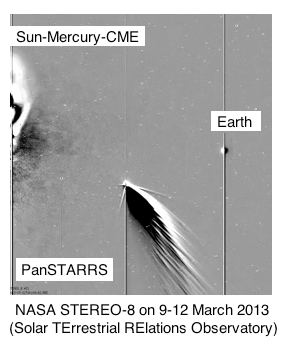 shows a Solar CME, Mercury, Comet PanSTARRS, and Earth to form an interesting system. NASA says:
"... the tail looks quite complex and it will take computer models to ... understand ... what's happening ...".

as to which NASA says "... While it appears from STEREO's point of view that the CME passes right by the comet, the two are not lying in the same plane ... the comet's tail didn't move or change in response to the CME's passage ...".

Here is a map from Astronomy Magazine showing the path of Comet PanSTARRS during March, April, and May 2013: 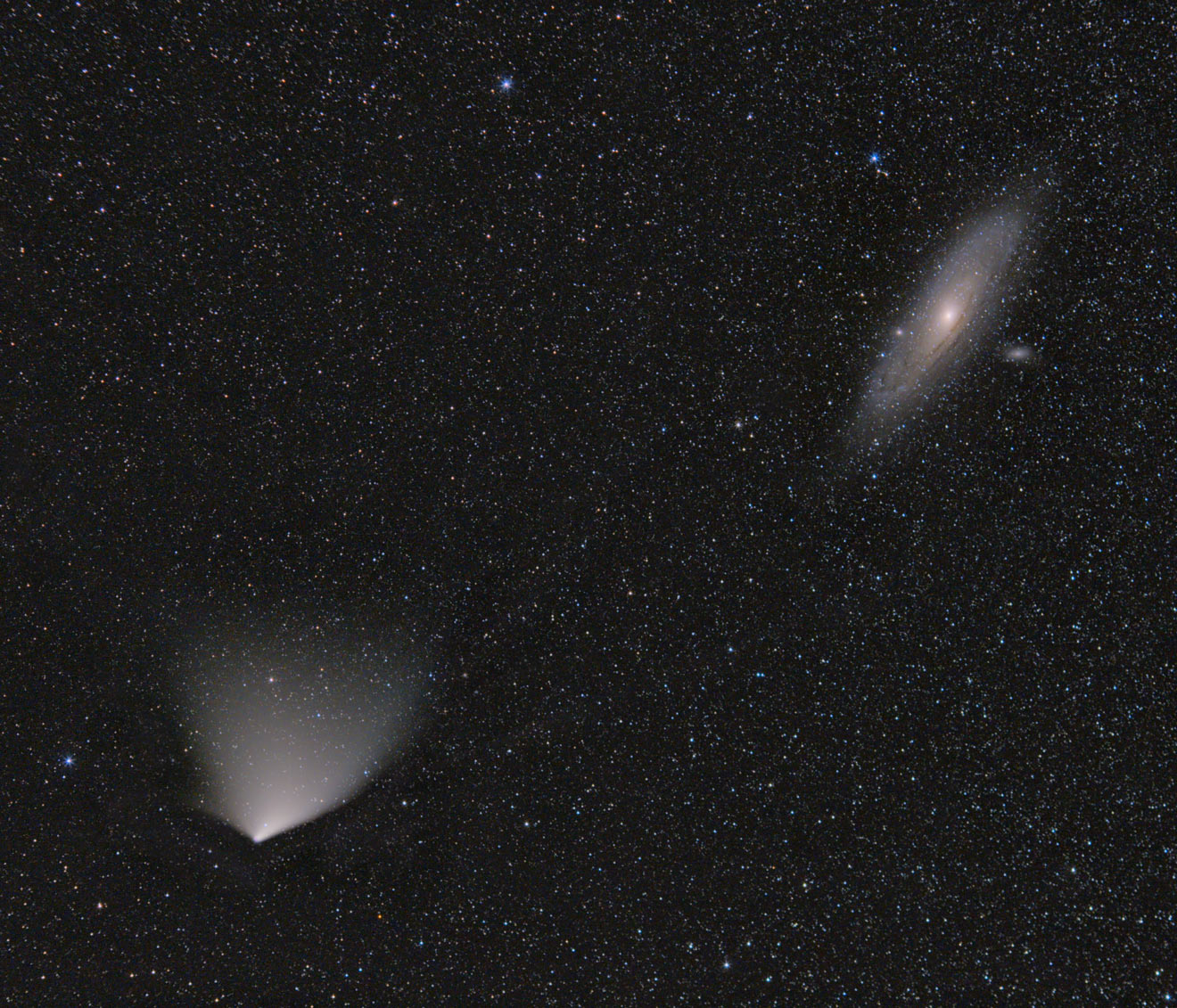